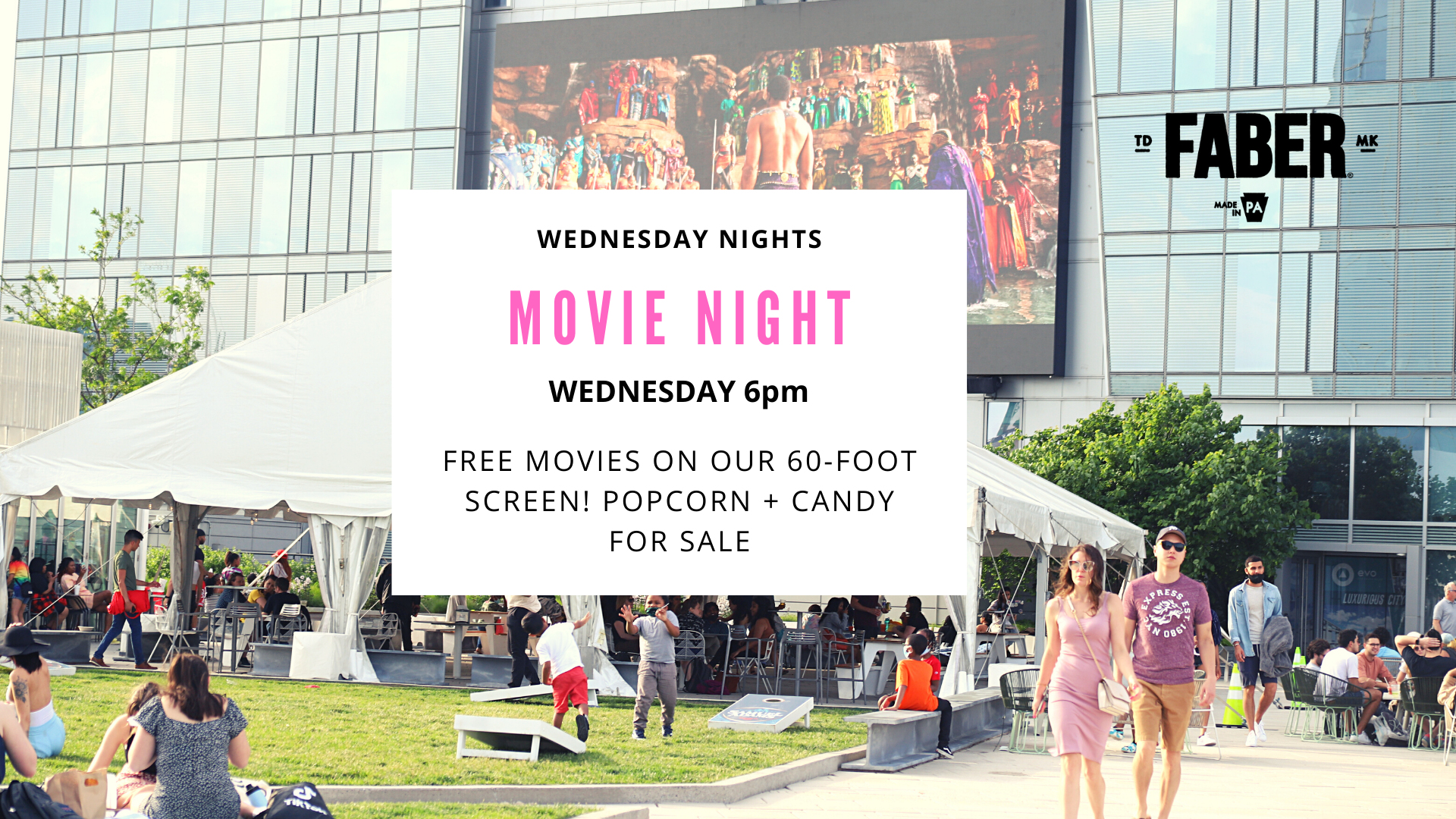 July 20th:  The Lion King (LIVE ACTION ONE WITH BEYONCE)

August 3rd:  Willy Wonka and the Chocolate Factory THE OLD ONE

August 24th:  Jumanji:  The Next Level

September 7th:  Pirates of the Caribbean- At World’s End

September 14th:  Batman:  The Dark Knight (The one with the Joker)

Weather Permitting: All hours of operation are subject to weather conditions and can vary as Building Management deems appropriate.

We apologize for the inconvenience, but certainly appreciate your understanding.